skip to main | skip to sidebar

When is enough ENOUGH...

Ok so I have been searching for a pair of boots similar to the Tory Burch Jaden Boot since September of last year.  The Jaden boot by Tory Burch carried a hefty price tag of $550.00 when I saw them at Nordstrom's back in early fall...It kills me just thinking about it, I would NEVER pay that much for a pair of boots. 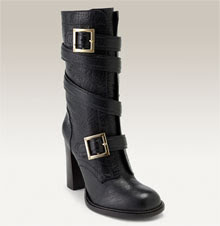 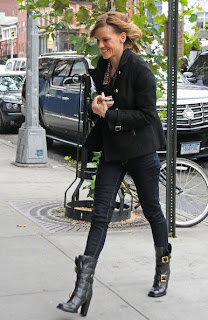 Hilary Swank in Tory Burch Boots
Yesterday I found this cute Nine West "Mako" boot which is pretty similar to the Tory Burch Boot.   The boots were originally $158.00 they were marked down to $59.99 and then take 50% off the marked price, so I got them for just under $30.00 dollars.  I know I should be looking ahead towards getting my spring wardrobe collections, but in Texas it is still could and the winter markdowns on boots and other items simply cannot be passed up.  I know at some point I will need to say enough is enough...No more boots! 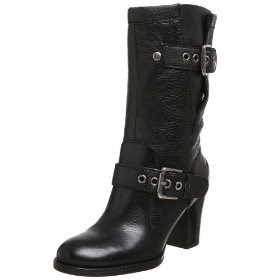 Nine West Mako Boot
I have my eye on one more pair of boots, and once I get them then I may be finished boot shopping. 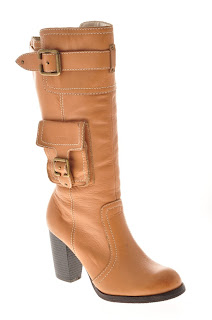 They are the Report Cargo Boots.  They are still over what I am willing to pay, but according to the sales lady at the department store there is another markdown coming next week, keeping my fingers crossed that they will have my size and fit my pocketbook.
Posted by One Cheap Chic

One Cheap Chic
I am a 4o year old young woman who loves to shop, but always looks for the clearance and markdown racks FIRST. I just want to share with you a few tips and ideas on how a girl who is a shopaholic, living with less wears the best. 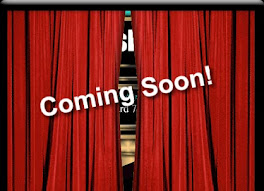 Have questions or comments feel free to contact me at onecheapchic@yahoo.com